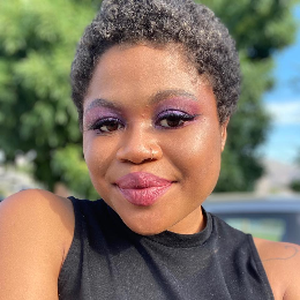 Travel Writer at Matador Network based in California. Writing about social justice and mental health everywhere else. Passionate about food, exploring the world, and uplifting voices of those who often go unheard. 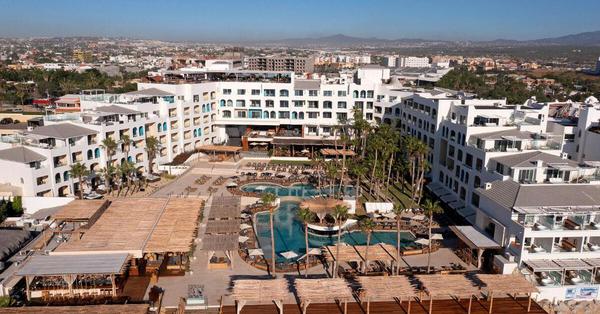 My first trip out of the country that wasn’t for school was to Cabo San Lucas in Mexico. I went with a group of friends for my birthday, and I remember clearly the fantastic food, lively locals, and amazing culture that made the trip come to life. Three years later, I got to spend another birthday in Cabos, but this time, I would check in to the ME Cabo, a hot resort that went through a massive $10 million upgrade that I have to say was worth every penny. Cabo has beautiful beaches, but many pa 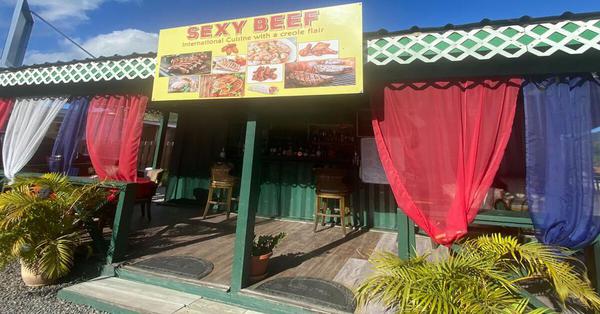 To See the Best of Sint Maarten, You Need To Indulge in the Island’s Street Food

Sint Maarten has a special culture among Caribbean nations. The island is split between two European countries: On one side of the island the Dutch, and the French on the other. But on this 37-square-mile island, there are more than 120 nationalities, and each has had a hand in creating Sint Maarten’s present-day culture. The best way to experience that culture, in my opinion, is through food. The first people to live on the island were the Taino-Arawak and Carib. In the mid 1600s, France and t 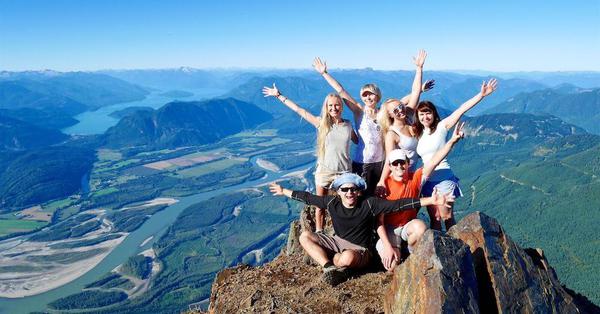 Traveling to another country is one of the best chances to experience other cultures. And while some people enjoy the planning stages, for others, it might be intimidating to figure the ins and outs of a place you’ve never been — especially if your friends suck at getting the trip out of the group chat and solo travel is a bit too intimating. Group travel arranged through a travel provider is a great compromise to be around like-minded people with the same passion and interest in seeing a destin 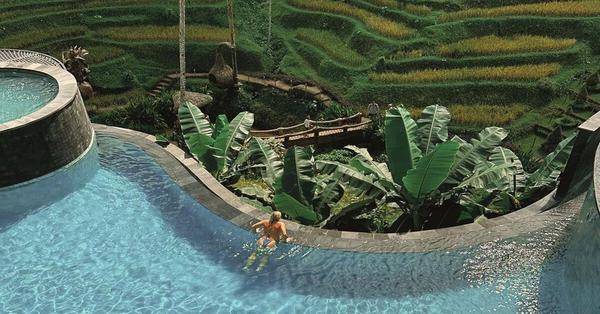 Indonesia has many unique dishes that are worth giving a try, like Pisang Goreng — a crunchy fried banana. And if you’re looking for a chance to try some of the countries remarkable dishes at a memorable restaurant,t Creta Ubud is the must-visit restaurant and day club for travelers looking for traditional Indonesian and international cuisine on their trip to Ubud. Nestled in the lush jungle, the restaurant offers a serene atmosphere perfect for a day away from the city. Entry into Creta Ubud i 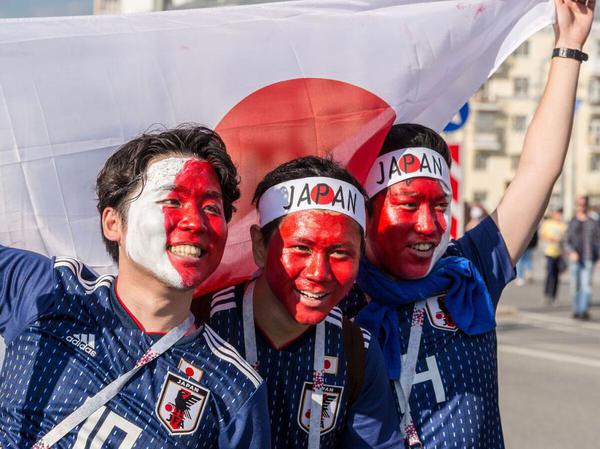 If you’ve ever been to a live sporting event, you know what to expect while in the stands. The energy from the crowd can be electric while everyone eats, drinks, laughs, and cheers on their favorite team. On the way out, the stands rarely look like they did when they came in, and they’re often littered with food, wrappers, and other trash. Not if you’re playing the Japanese, though. While they’re sure to be ready to celebrate after winning a big game, it’s essential to show respect to other team 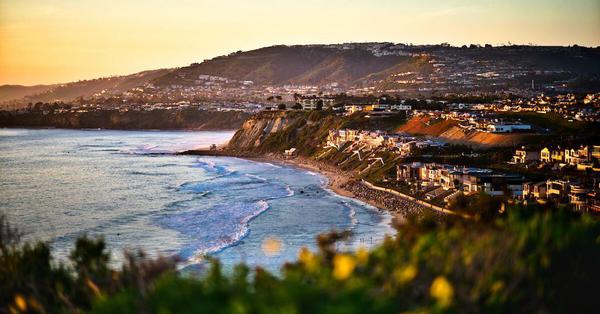 As someone born and raised in Southern California, it’s hard to imagine life without California beaches just a short drive away. And while there are plenty of beaches elsewhere in the United States, Southern California’s combination of perfect weather and rolling blue waves makes it clear why so many people come to the region. One of the best ways to experience some of the best beaches state has to offer is a good old-fashioned road trip along the Pacific Coast Highway that starts or ends at Da 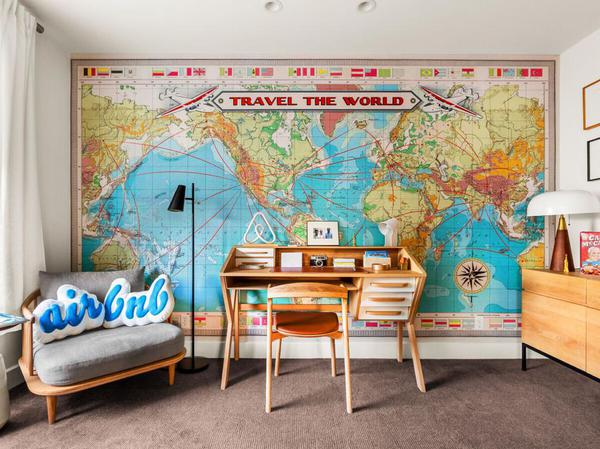 In 2007 Brian Chesky and his roommate Joe Gebbia blew up some air mattresses and allowed three guests to stay in their home, birthing the idea of Airbnb (airbed and breakfast, as the pair were reportedly proficient at whipping up a few eggs in the morning). Fifteen years later, the company has amassed over 4 million Airbnb hosts worldwide. Now Chesky, CEO and co-founder of the company, is inviting guests into his home again in San Francisco, California. Only this time, guests will hardly have to 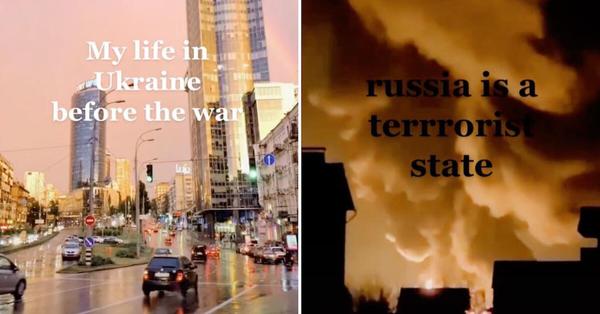 For the people of Ukraine, life as they knew it changed overnight when Russia invaded the country. While many Ukrainians evacuated and became refugees, others stayed behind, attempting to bring a sense of normalcy to their lives in the middle of a war zone. On TikTok, user Uliana is documenting living in Ukraine to raise awareness about the people still living there. The video has been seen 2.2 million times and has racked up over 300,000 views, with many commenters from all over the world expr 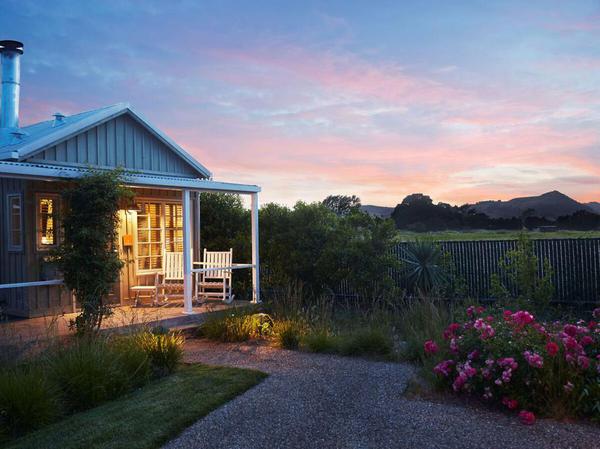 Upon the arrival of November is the yearly return of the Leonids meteor shower, where astronomy enthusiasts can get epic views of meteors streaking across the sky. From Thursday, November 3, through Friday, December 2 and peaking on November 18, viewers can expect to see about 15 bright meteors per hour, traveling at 44 miles per second. To get a good view of this yearly phenomenon, you’ll need to get away from the light pollution to get some incredible sights of the stars. Carneros Resort and S 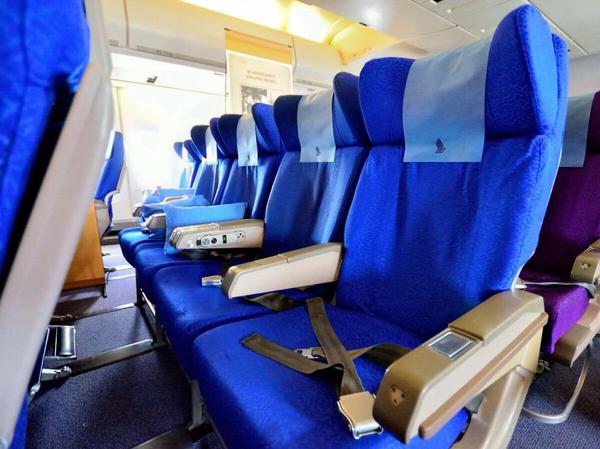 Flying in economy is almost always uncomfortable. You have to go through the motions of waiting in that awful line, taking a gamble on whether there will be enough room to store your bag in the overhead bin, and of course, if you don’t book for a row of three, you have no idea who your neighbor is going to be. But there’s one horror most people avoid at all costs — the dreaded middle seat. Sure, there might be a few people out there who prefer the middle over the window for safety reasons, but m 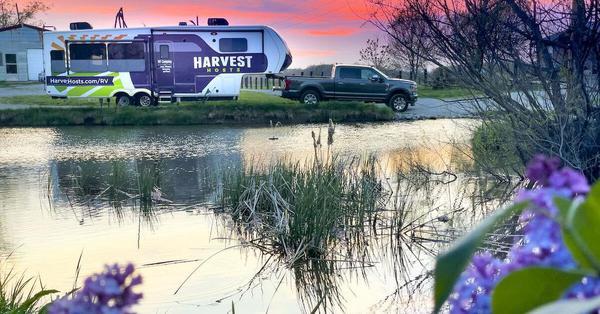 American has a ” target=”_blank”>long history with beer. Today, you’ll find craft breweries in cities across the United States, from Santa Barbara, California, to Milwaukee, and from Atlanta to Chicago and Philidelphia. There are more than enough for a perfectly designed beer-inspired road. In honor of National American Beer Day on October 27, Harvest Hosts, a membership program offering RVers access to camping at breweries and wineries across North America, is hiring an “AleBlazer” to design th 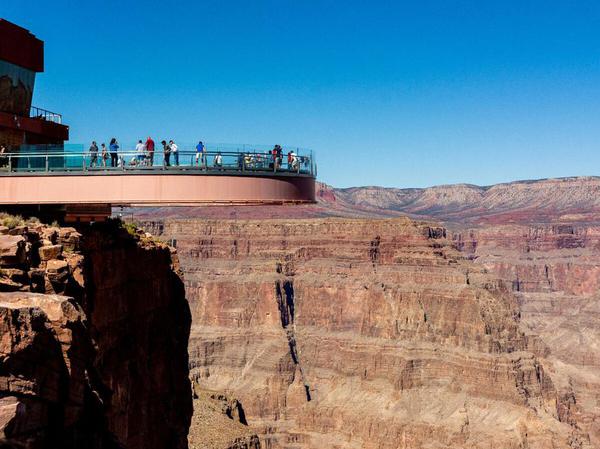 The Worst Value Tourist Attractions in Every State, According To Traveler Reviews

When heading on vacation, there’s more to do than just sit poolside or relax in your room. It’s always a good idea to take advantage of your time there and explore a new city. But every tourist should be wary of tourist traps or at least be prepared for the upcharge on food, parking, and everything in between. As a tourist, you’re probably wondering what attractions are worth the cash and which ones are not worth the hype. Reviews are a great way to do that, so Saving Spot by CashNetUSA has done 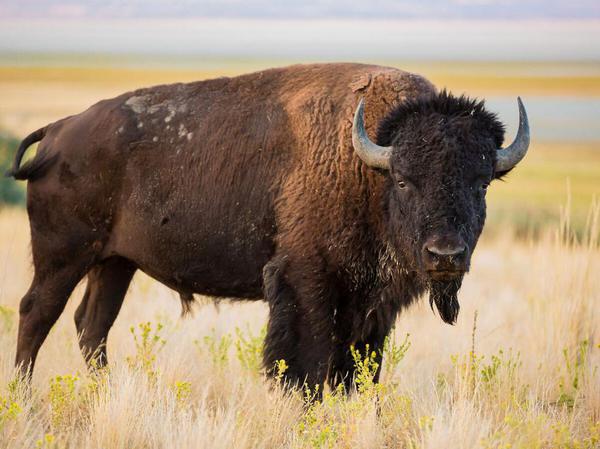 While hiking is a beloved pastime for outdoor enthusiasts, even the most relaxing activities come with some risks. On October 11, solo hiker Rebecca Clark was on a trail at Caprock Canyons State Park and Trailway in Texas when she was charged and gored by a bison after trying to get past a group of three. But perhaps the bizarre part of it all was that she caught it on film and uploaded it to TikTok. The video, at the time of writing, has 2.2 million views and almost 330,000 likes. And while ma 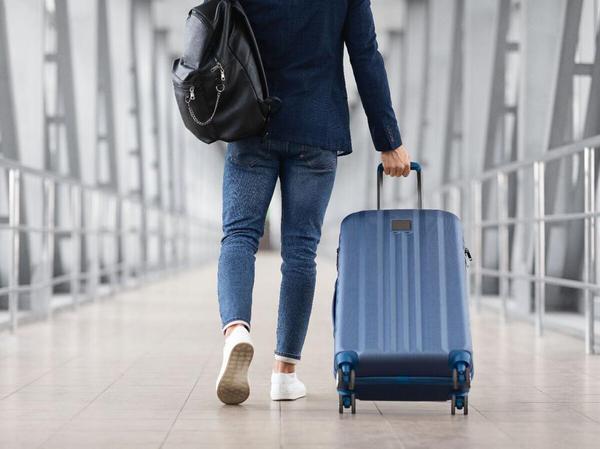 There are plenty of reasons people opt to check a bag over packing a carry-on. Sure, when you pick a carry-on suitcase, you get to disregard baggage fees. Still, the inability to pack everything you need, be forced to measure out your liquids and lug around a suitcase at the airport is enough for several people to opt for a checked bag instead. But the major inconvenience travelers have to worry about is lost or stolen luggage. Whether it’s an international or domestic flight, airlines lose more 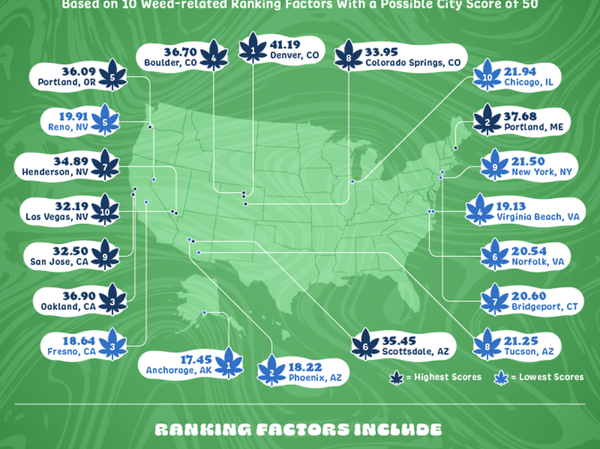 New Study Found the 10 Best Cities for a Cannabis Vacation 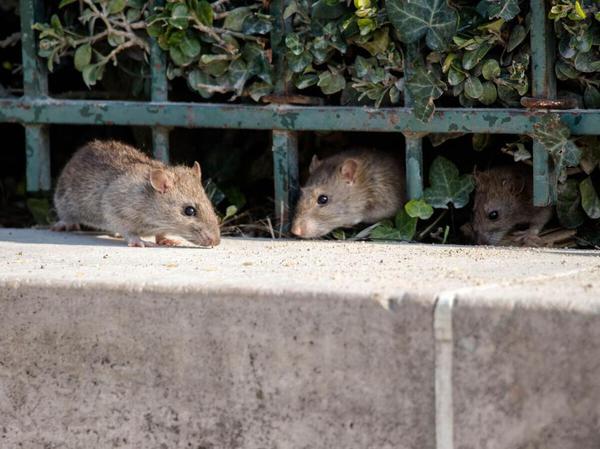 Whether you’re greeted by bright lights and the hustle and bustle of New York or entering a laid-back beach city like San Diego, moving to or visiting a big city has the advantage of great food, interesting people, and plenty to do. Unfortunately, it’s not all the romantic swell you’ll find in your favorite movies and tv shows. Sometimes you’ll be joined on your latest adventure by untimely guests — rats. These pests are known for hiding in attics, air ducts, and gardens and coming out to enjoy 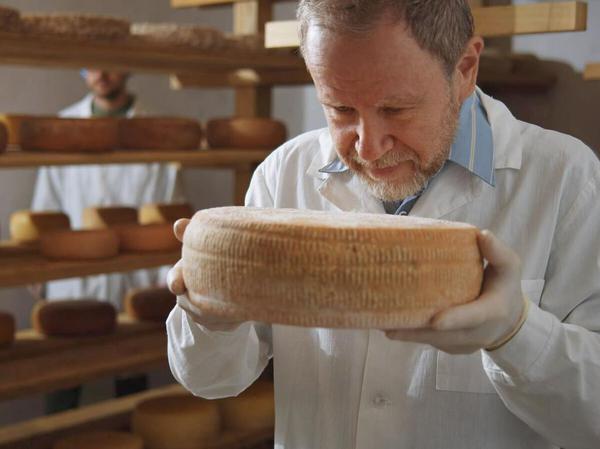 Whether it’s aged parmesan, Wisconsin cheddar, or a crumbly Gruyère, cheese lovers everywhere crave the satisfying indulgence that is cheese. France should be at the top of the list for anyone looking for a delectable bite. With between 350 and 400 official varieties of cheese, the country rivals Italy and Switzerland for the perfect chance to savor some ooey gooey goodness. In fact, The Laguiole AOP Cheese Association, which is dedicated to the preservation of Laguiole cheese (I can’t make this 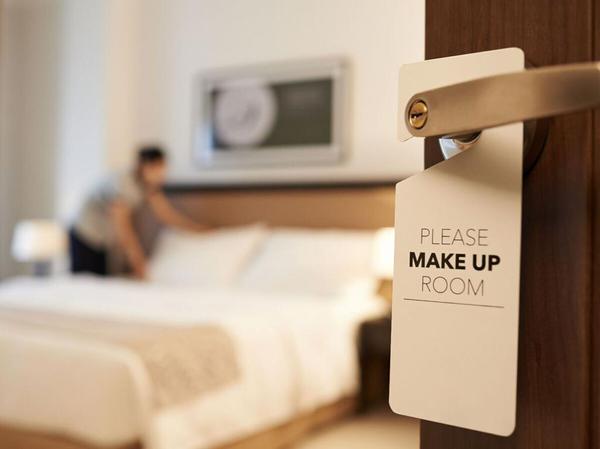 While traveling to a new destination means exploring new foods and cities, there’s nothing quite like stepping into a fresh hotel room. Whether you’re staying in a budget hotel or splurged on luxury accommodations, it turns out there’s a bit more ick in the room than you probably expected. TikToker and hotelier @queenevangeline25 recently went viral for the list of things she’d never do at a hotel, and it turns out the most significant issues have to do with cleanliness. While you might think to 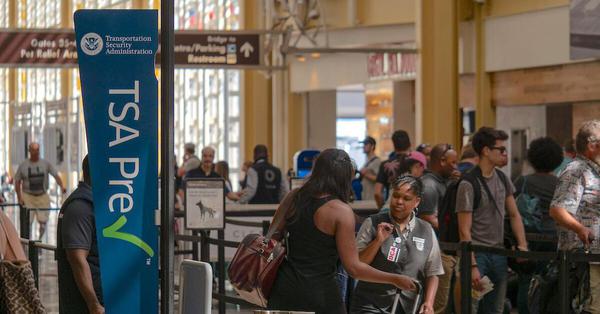 If you’re a frequent flyer eligible for TSA PreCheck but haven’t made the effort to follow through and complete the application, then it’s time to reconsider your choices. Sure, the online portion is easy enough to complete, but scheduling a time for the in-person fingerprinting and background check can be a time suck. Enter special enrollment centers where, according to influencer @sonomackenzie on TikTok, you can get that interview done in as little as 10 minutes without waiting in a single ai 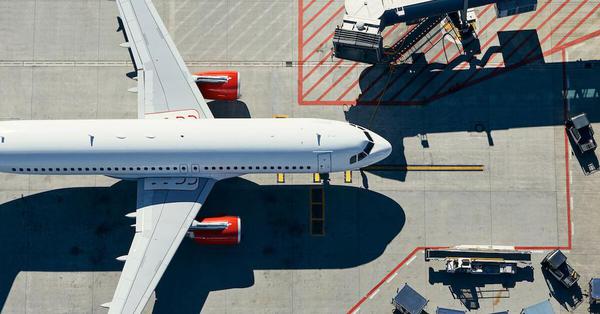 Holiday Flight Prices Could Be the Highest in 5 Years. Here’s When To Book for the Cheapest Tickets.

While the summer surge is over and prices are falling, travelers will find that holiday flight prices will inevitably skyrocket during this holiday season. If you’re planning to get a flight this Thanksgiving or Christmas, you’ll need to prepare early and be flexible if you’re looking to snag a good deal. Hopper, the travel app, recently released its 2022 Holiday Travel Outlook report, which details what travelers can expect when booking. Hopper attributes a few factors to why travelers should
Load More
Close ✕